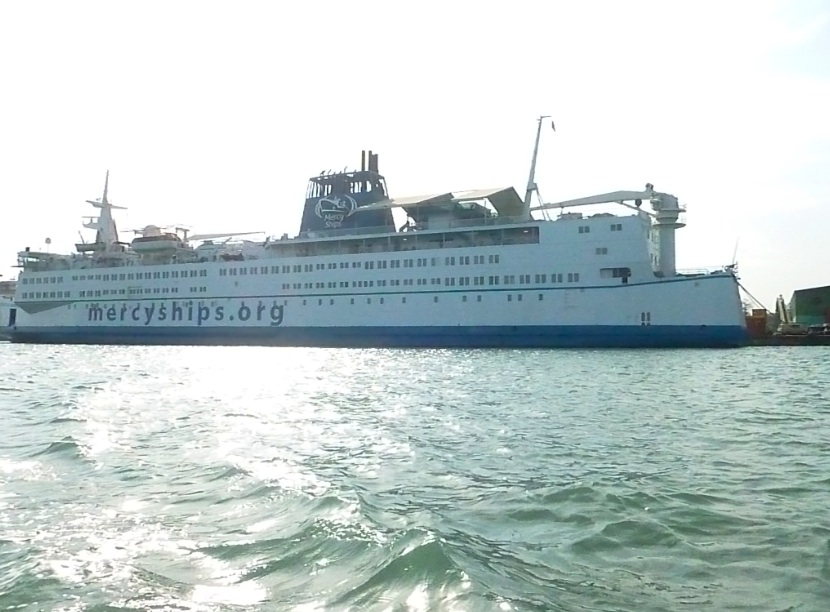 Bon jour! (The port approach is a lot wetter than starboard entrance) 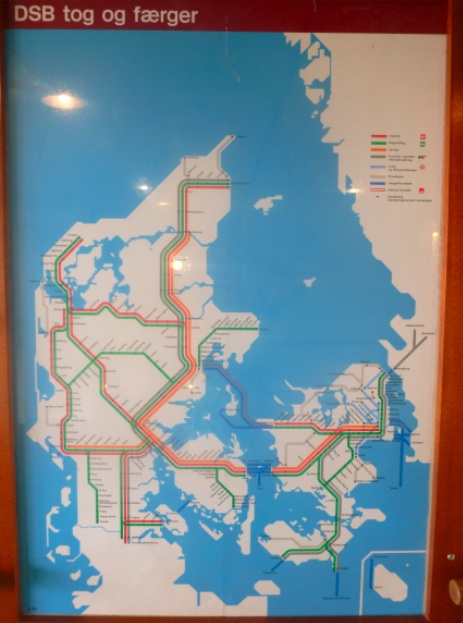 A repurposed Danish passenger ferry, she took to the seas in 2007 after a very useful bridge built between coasts en route, put the 16,500-ton vessel on the job line.

(Actually staff pay their own way on board – although the volunteer-staffed Starbucks is generously subsidized by the mermaid herself.*)

This week, by gracious invitation, Lifebox is finding our sea legs too! 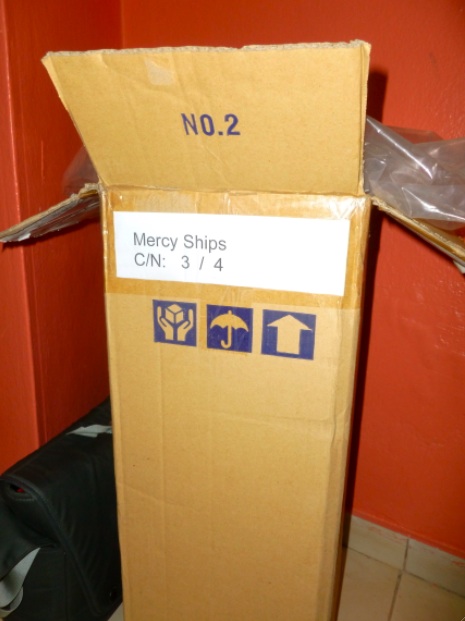 We’ve joined the faculty of the Anaesthesia Care Team (ACT), led by Mercy Ships international board member Dr Keith Thomson (who, alongside his team, delivered our pulse oximeters to Togo last summer), for a three-day training course at Donka Hospital – one of two national facilities, both in Conakry, and the largest hospital in Guinea.

We’re ready to join about 60 anaesthesia providers and midwives for two days of lectures, workshops, quizzes and dancing (possibly we’re not 100% ready for the dancing? But you should be!) in essential anaesthesia and midwifery techniques, followed by a day of the WHO Surgical Safety Checklist and pulse oximetry. 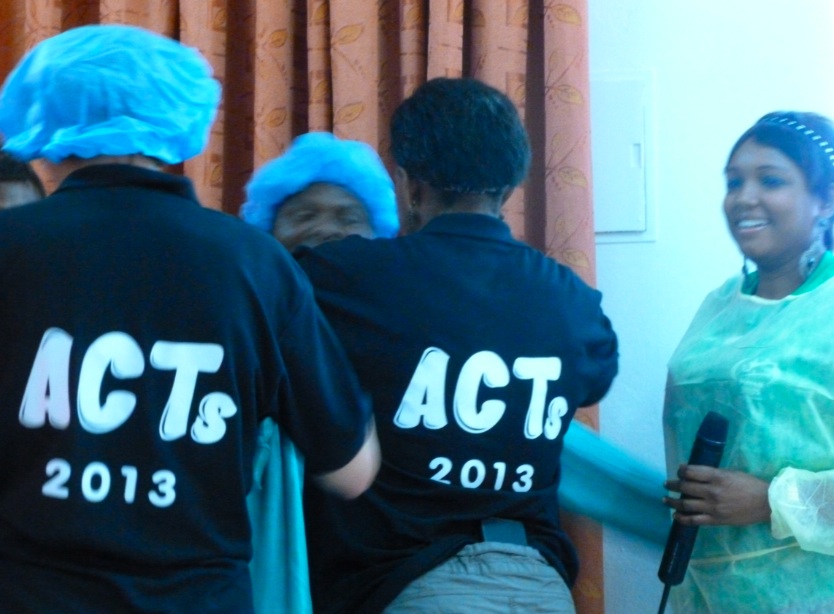 And we’re very excited for the donation of French-language pulse oximeters to outfit the six hospitals represented at the course, donated with the proceeds from Dr Keith’s recent half marathon adventures!

The Africa Mercy usually spends ten months in each country it visits, wending along the West African coast and ducking back to the Canary Islands in between for repairs.  This is her first trip to Guinea but the charity’s third, following two prior visits from the MV Anastasis (nee Victoria).  She arrived in August, with six operating rooms and nearly 80 patient beds to house the patients eligible for surgery.  Many thousands have shown up for screening, and the lists will stay full until the ship pulls out of port this spring.

Guinea is a low-resource country, but isn’t resource-poor: as the world’s top exporter of bauxite, a key component of aluminium, it sends mini-mountain ranges out of the port regularly. 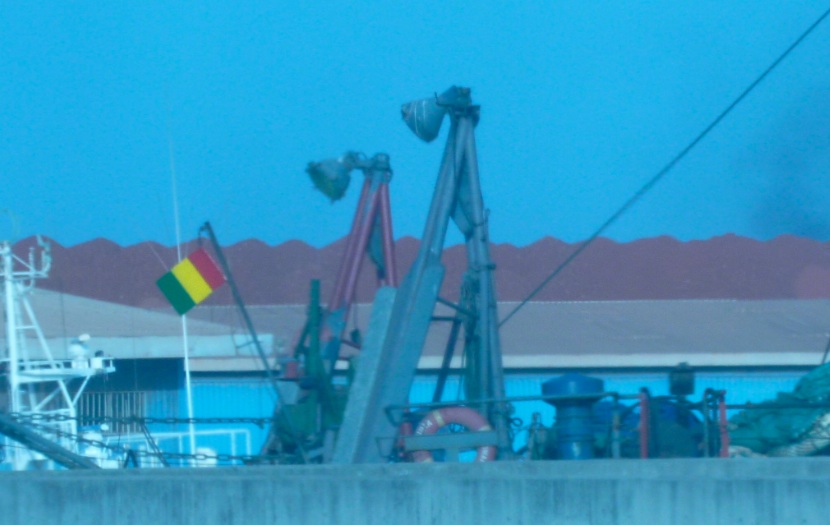 The islands are lush and the sea is fish-blue. 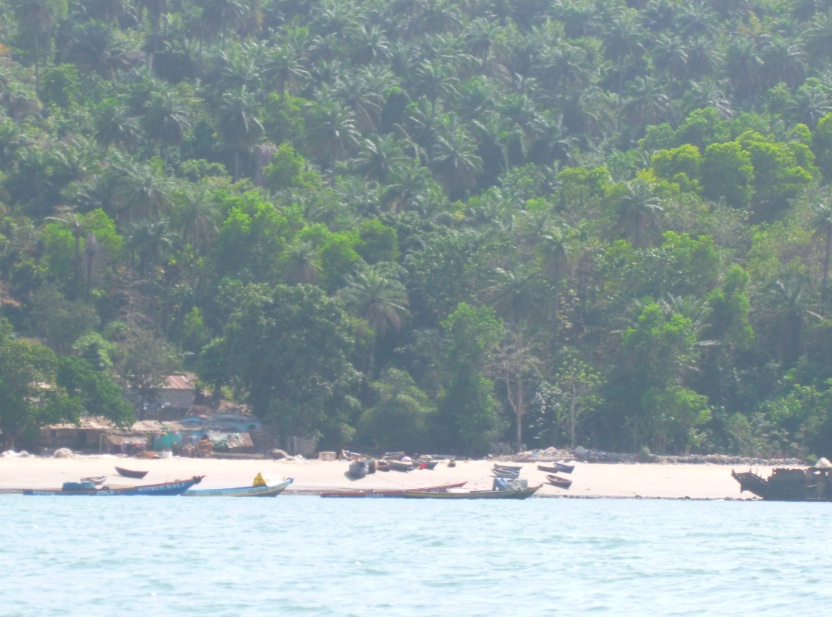 But the post-colonial legacy and ongoing conflict has been disastrous for most of the 10 million people who live here now, heightened by refugees and tensions from neighbours including  Sierra Leone and Mali.  Guinea most recently ranked 178 out of 187 on the UN’s Human Development Index, with just 1.6 mean years of school for adults and a life expectancy of 54.5 years.

There are only four medical anaesthetists in the entire country, and no standardized programme for anaesthesia training whatsoever.  The doctors here have studied in France, in Moscow; the technicians have learned on the job. There isn’t a single working pulse oximeter in the main operating block in Donka.

The unmet surgical need is vast. 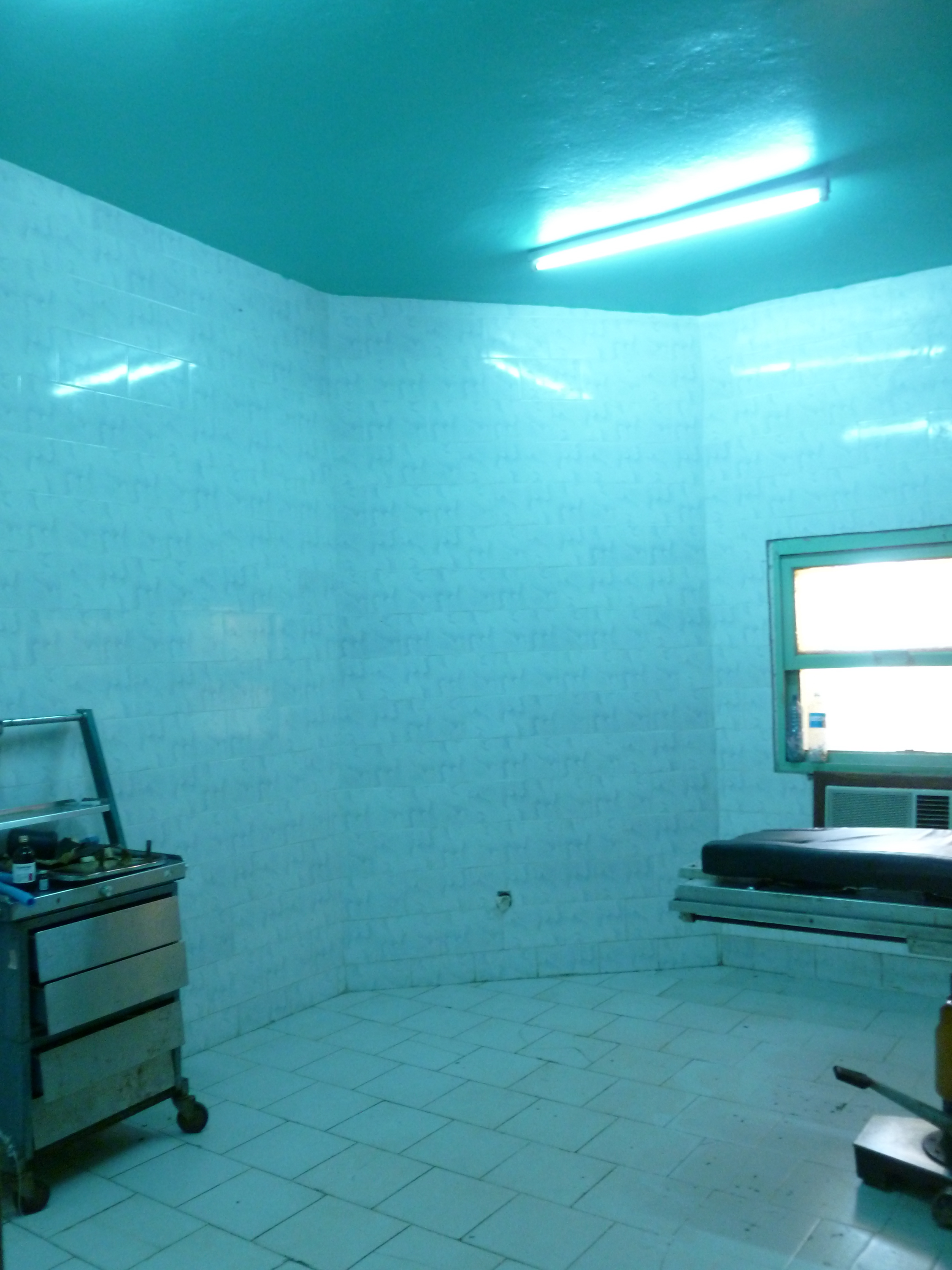 An operating room at Donka Hospital

Over the next few weeks we’ll be sharing stories from the ship, from the dedicated crew, from the fabulous ACT team – and from the patients.  They are still queuing up in the hot sun on the dock for screening, often alone and from far up country, in the hope of a life-changing operation they’ll not find anywhere else, from a ship that – with the best will in the world – was built to sail away to another port in need.