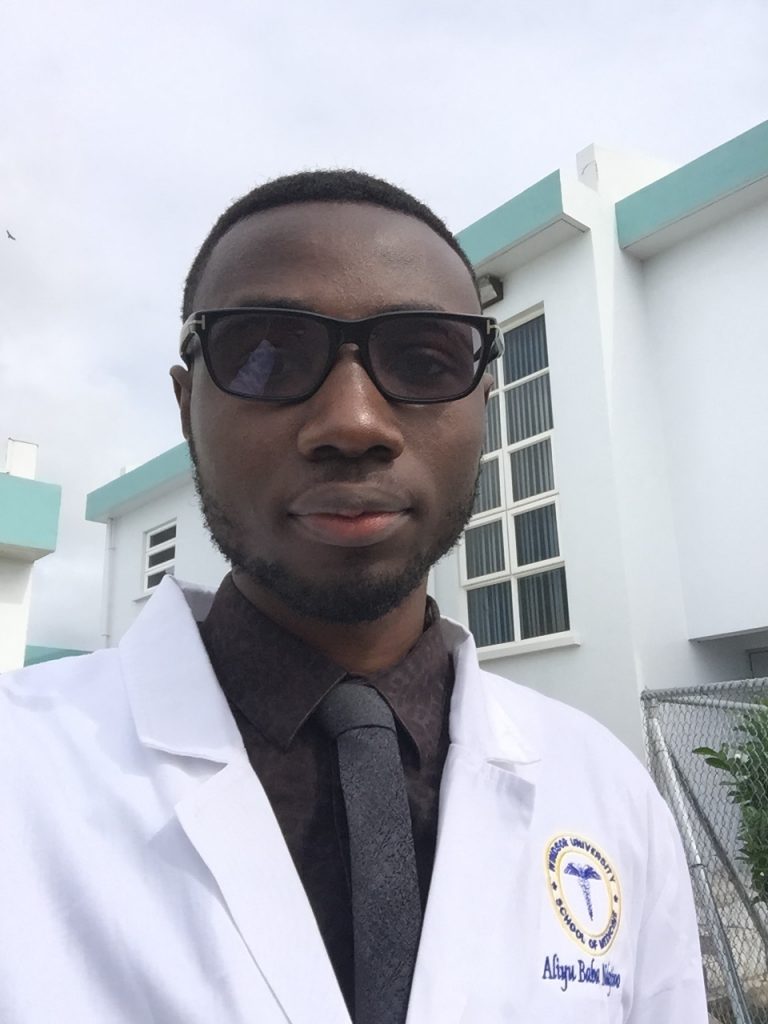 You’re an active member of the InciSioN advocacy team, and the student global surgery movement. Why is it important for doctors of the future to be involved?

Global surgery to me means improving timely access to safe, quality and affordable surgical care for everyone, irrespective of age, status, ethnicity, nationality or race.

Five billion people lack access to safe surgical care around the globe, and the majority of them live in low and middle income countries. I’ve personally witnessed the challenges in delivering safe surgical care in my home country of Nigeria. Trauma, mostly as a result of motor vehicle accidents and armed conflicts, is one of the leading causes of death and disability in the country.

According to UNICEF, Nigeria is also one of the largest contributors to the under-five and maternal mortality rates in the world. The chances of a woman dying in the country due to pregnancy and childbirth is 1 in 13. And only 20% of health facilities are able to offer emergency obstetric care. It’s sad that many mothers end up dying while bringing a new life into the world.

Children born with congenital malformations often lack timely access to surgery, and conditions like fistula are still common in some parts of the country. The country only allocates less than 5% of its budget to healthcare. To achieve universal healthcare coverage, there needs to be marked improvement in healthcare funding.

The medical students of today are going to be the doctors and leaders of tomorrow. Future doctors need to understand the scope of what they are getting into early in their respective careers. Medical students need the global experience to learn how to be involved in building capacity, and forming long lasting partnerships with individuals and institutions around the world, so they can be more effective in delivering care in the future.

What does safe surgery mean to you?

Surgery that does not only save lives but also improves the quality of life without causing any major complication, or resulting in any form of socio-economic burden to the individual and the society.

You tweet a lot about safe surgery – which recent tweet surprised you the most and why do you feel its important for people to see and share it?

In 2015, I came across a tweet from Lancet Global Health that had a link to an article which stated that five billion people lack access to safe, affordable surgical and anaesthesia care when needed. I was very much surprised by the huge number. That made me realize that everyone has a role to play in improving access to safe surgery and anaesthesia globally.

The tweet I mentioned above also holds a very important and powerful message for everyone to see and share. I’m glad a lot of individuals have seen and shared it on several social media platforms. There’s no better way to advocate for safer surgical and anaesthesia care around the world than to make people aware of the number of people who lack access to it.

Tell us about a patient experience which showed you the importance of safe surgery and teamwork?

I happened to be on call on a Monday evening when a patient was admitted into the surgical ward. I took the opportunity to take the patient’s history and perform some physical examinations. The patient was scheduled for an elective total abdominal hysterectomy the following morning. She was diagnosed with a leiomyoma (uterine fibroids) – which are benign tumors that arise from the smooth muscles in the uterus. On palpating her lower abdomen, I could feel this huge firm mass below her umbilicus begging to be removed.

The following morning in the operating room, I assisted the surgeon in removing her uterus, fallopian tubes and ovaries. After the surgery, she was taken to the recovery room and then back to the surgical ward. She had no complications. I thought to myself the surgery was a successful one. I visited the patient daily to monitor her recovery and in doing so I developed a good relationship with her. On the fourth day after the surgery, her temperature went up and the surgeon was called. On inspecting her lower abdomen, we noticed the gauze pads on the incision site was not looking as clean and intact as we should expect. 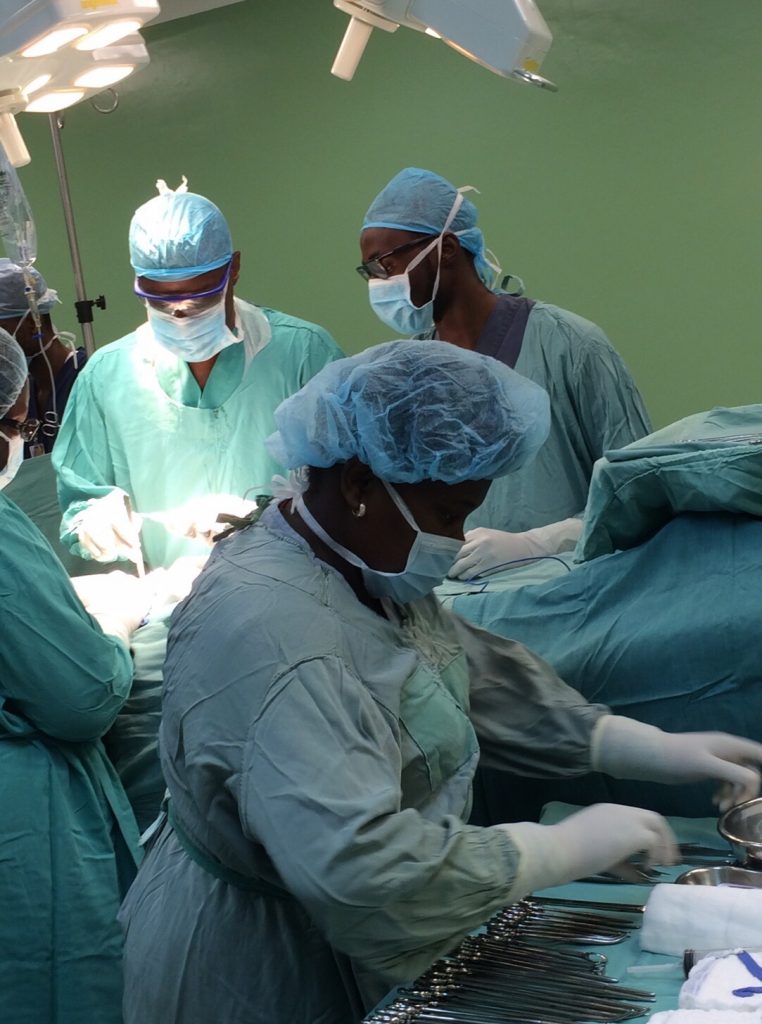 The surgeon took off the gauze and we noticed the incision site was red, very tender and serosanguinous fluid was seen draining from the incision. The surgeon made a tiny incision on the site of the drainage, and from it he was able to drain about 150cc of the fluid. While he was doing all that, the patient was holding firmly to my hands and screaming in pain. Before covering back up the incision site with a new set of sterile gauze pads, the surgeon used a swab to take a sample of the fluid, and afterwards he sent the swab for culture. A few hours later, the result came back positive for Methicillin-resistant Staph aureus (MRSA) – a stubborn bug that is quite common in many hospitals around the world.

The bug is hard to beat, except with the right set of medications. An antibiotic that was sensitive to the type of MRSA she had was prescribed for her, in addition to the pain medications she’d been taking. Within a few weeks her condition improved. The incision site looked much better and was healing nicely. She was then scheduled to be discharged. I recall before she went home, she looked at me and asked, “Do you want to become a surgeon after medical school?” I replied, “yes”. Surprised by my response, she asked again, “Would you be able to handle seeing blood while performing surgery?” I was like, “I think I should be able to handle seeing the blood. Seeing it keeps me on my toes.” She laughed about it and then she said a prayer for me.

It was a nice experience. From that, I learnt that the safety of surgery cannot be considered only when the patient leaves the operating room alive, but when the patient makes full recovery, even if it takes as many days to weeks after the surgery.

The World Health Organization passed a resolution on global surgery and anaesthesia in 2015. How can we build on this momentum and support long-term change?

The key is to have government, ministries of health, academic and non academic institutions, NGO’s, individuals, including medical students, and also non-medical professionals to work together.  All hands must be on deck to make it a reality! 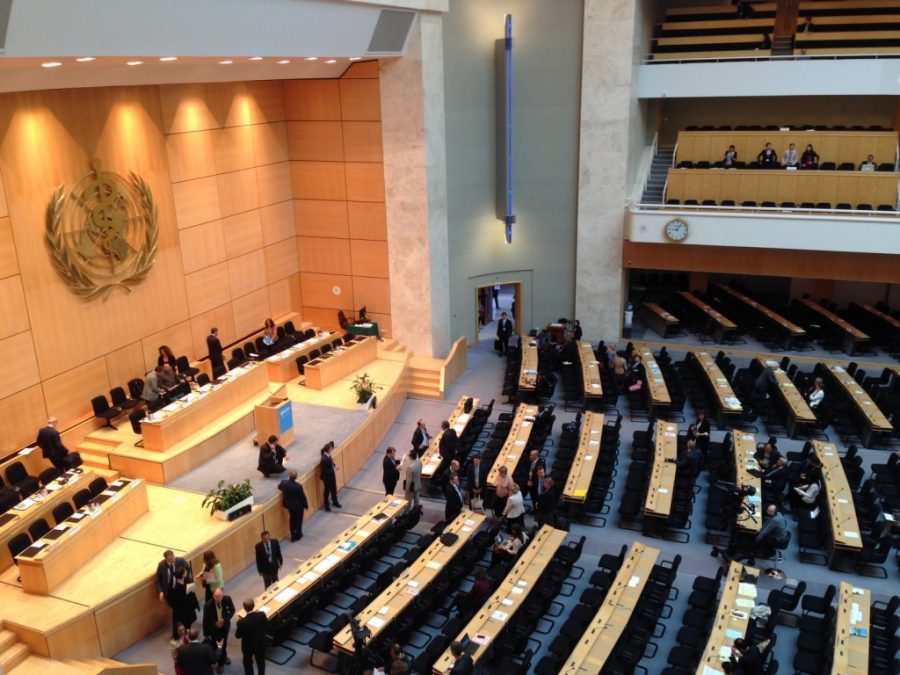 What do you like about the Lifebox approach to safer surgery?

Lifebox is one of the very few global organizations that involves the doctors of the future in advocacy, education, research and fundraising efforts around safe surgery globally. Their work has inspired many medical students around the world to take part in global surgical activities.

Also, the idea of making operating rooms utilize the WHO Surgical Safety Checklist and the distribution of pulse oximeters in low-resource settings has greatly improved the safety of surgery globally. I’ll encourage anyone to work with Lifebox to continue to make surgery safer for all.

Aliyu is currently on attachment in the neurosurgical department at the National Hospital in Abuja. He is a global health researcher and an active member of the InciSioN advocacy team.