“The implication of these results is that LMIC hospitals may lack the necessary resources to rescue patients from an avoidable death after suffering complications from surgery. Urgent investment in LMIC health system strengthening is needed in order to make surgery more equitable globally.” Professor Kathryn Chu, Director, Centre for Global Surgery and Professor of Global Surgery, Stellenbosch University, South Africa. 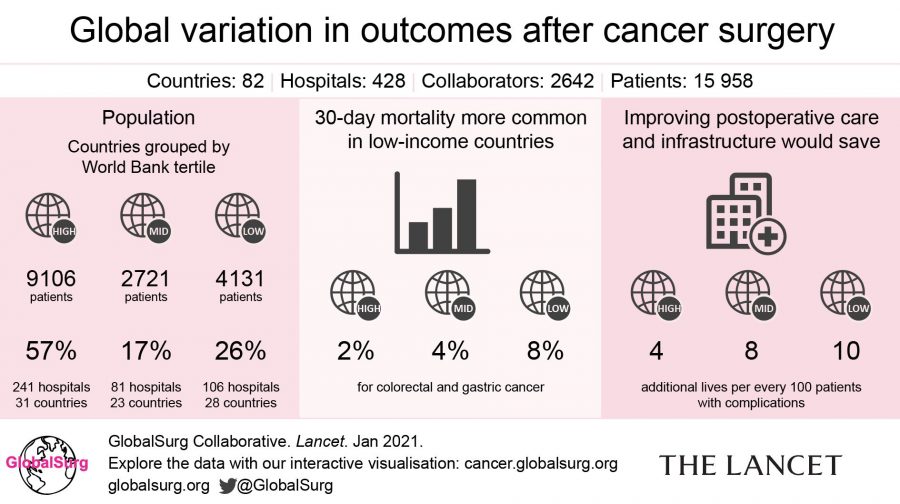 “The entire surgical and anesthetic ecosystem is essential for perioperative care and safety. The lack of postoperative care resources and routines are yet another challenge for global surgery. This study drives home the fact that if we want to see a reduction in surgical mortality, there has to be a focus on strengthening surgical systems as a whole.” Dr. Thomas Weiser, Consulting Medical Office, Lifebox.

Whilst patients in LMICs tended to present with more advanced disease the study found that this was not solely responsible for the variation in mortality or postoperative complications. The study was funded by the National Institute of Health Research (NIHR) and conducted by researchers from the GlobalSurg Collaborative and NIHR Global Health Unit on Global Surgery. Lifebox’s Consulting Medical Officer, Dr. Thomas Weiser, was a part of the writing group.