“It was a picture of a caesarean section, carried out by torchlight in a Mongolian ger using a Lifebox pulse oximeter, that got me, a London-based freelance journalist, a commission to spend a week in that country in October last year. 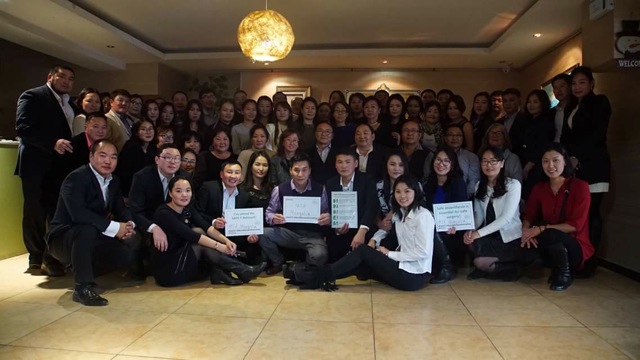 The image was part of a presentation by Mongolia’s senior anaesthetist Dr Ganbold Lundeg at the 2016 World Congress of Anaesthesiologists.  He was describing the efforts to make safe emergency surgery accessible to every member of the country’s population against all the odds: the massive distances, the nomadic lifestyle of one in three of the population – all within a largely outdated, poorly funded healthcare system.

It was an amazing opportunity and a challenge as well.

As the week progressed, I became well aware of the contribution made by Lifebox, both the devices mainly donated by Australian and New Zealand anaesthesia communities, and the training led by Melbourne-based anaesthesiologists.  I also realised just how proactive the country’s anaesthesia community has been – and continues to be – in enabling the creaking healthcare system to make the most of a range of global clinical altruism. 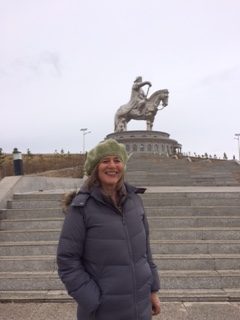 Take the tour I made of the hospital in Chinngis City, a small town, despite the name, 350km east of the capital Ulaanbaatar in one of the coldest spots on the Mongolian steppes. The hospital has three of Mongolia’s 116 Lifebox oximeters and, as I was told, all save lives virtually on a daily basis.  I met a four year old whose life a Lifebox oximeter helped to save when he needed emergency surgery last year.

And  the bigger picture is equally impressive: a tour of the hospital’s operating theatres reveals they are all equipped with secondhand machines, each piece of mismatched equipment coming with its own back story, donated by this or that altruistic country, company or organisation.

What stood out for me was the response of the clinical community to the world’s largesse.  “Unlike other countries where I have lectured, eventually everything we bring to Mongolian anaesthetists has been engaged and usually improved,” Melbourne anaesthetist, Dr David Pescod, tells me.

Indeed, his colleague, Dr Amanda Baric commented on the speed with which basic safety measures such as antiseptic hand-washing and use of medical waste boxes became routine in Mongolian hospitals.

I saw the same determination to learn.  The two young UB anaesthetists who accompanied me to Chinngis in the role of driver and interpreter took the opportunity of the tour of the hospital to make suggestions on improvements in patient care – with the older local doctors listening attentively, ready to adjust the care of individual patients and the system as a whole – clearly grateful for what lesser mortals might regard as interference.

Dr Ganbold himself has been the prime mover in safe surgery in Mongolia – largely through his collaboration with Australian anaesthesiologists.   Today, Mongolian emergency surgery is recognised as a model for other similar countries by the Lancet Commission on Global Surgery, of which he is one of 25 members.

And Dr Ganbold doesn’t stop: during my visit, I was enlisted to accompany him to lobby Britain’s ambassador to Mongolia to persuade HM Government to fund one or more anaesthesia machines manufactured by the prestigious UK firm Diamedica to support his ambitious bid to open 20 new provincial hospitals with functioning operating theatres by 2020.

That – like Lifebox and global safe surgery – is a still unfinished story and I look forward to the next installment.