On World Pneumonia Day, we spoke to him about this critical work – and its potential to revolutionise diagnosis and treatment of an infection killing nearly a million children a year.

A pulse oximeter is a non-invasive device for monitoring the level of oxygen in your blood stream, more often thought of as a hospital tool for patients under anesthesia. What does a pulse oximeter have to do with paediatric pneumonia?

Pneumonia is a leading cause of death for children younger than 5 years of age, and 80 to 90 percent of these deaths occur in Sub Saharan Africa and Southern Asia. Currently those regions do not have access to pulse oximetry (oxygen monitors) even though hypoxemia, or a low oxygen saturation, is really one of the strongest – if not the strongest – indicator or risk factor for mortality.

In fact, until relatively recently, no one had analyzed data among kids with clinical features of pneumonia, and considered what would happen if frontline healthcare providers didn’t have an oximeter – would those children with hypoxemia be referred to hospital or not? And the answer was that among patients with low-oxygen saturations, two thirds who needed referral for oxygen treatment would be totally missed without an oximeter. 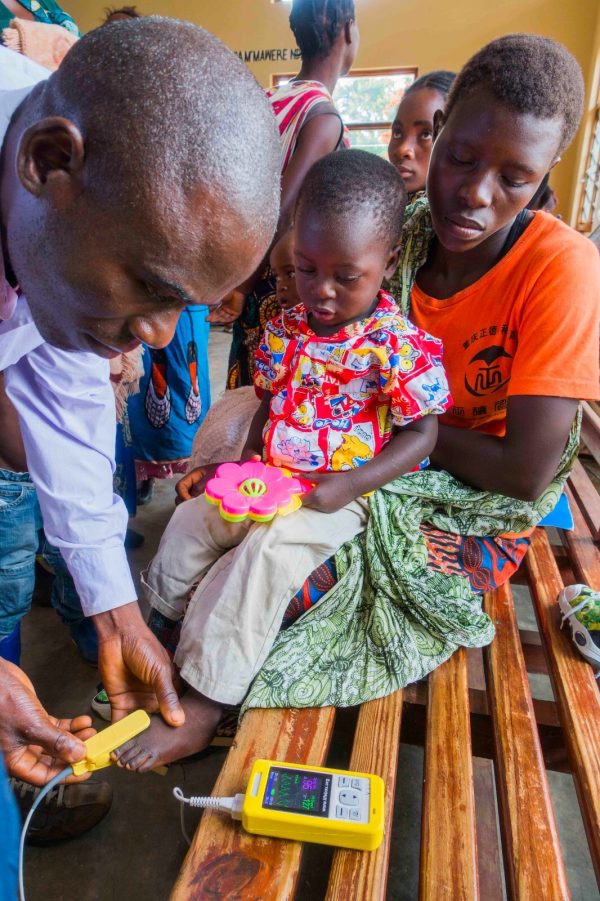 Why hasn’t the technology spread where it’s needed?

In tougher environments, there are some very understandable reasons. There are really great devices that exist, but they’re cost-prohibitive – and maybe not designed with low-resource settings in mind.

The use of these devices is going to be rougher in low-resource settings, so the machines need to be more robust. Resources in developing countries are strained, so the probes which you clip on the finger or the foot to measure the oxygen saturation need to be reusable, efficient, and durable. Early on we used to bring in our own devices, lower cost ones, and we went through a lot of different models – they would last maybe a month or two before breaking down, and that was frustrating.

And it would frustrate the healthcare providers too. They wanted them, it was very clear they wanted the information a pulse oximeter could give them. But you could feel that the existing pulse oximeter options just weren’t sustainable. When we looked around to see what oximeters were available for our study, we saw that a lot of the commercially-leading oximeters were excellent devices, but cost-prohibitive for a low-resource setting, and not necessarily designed for children. 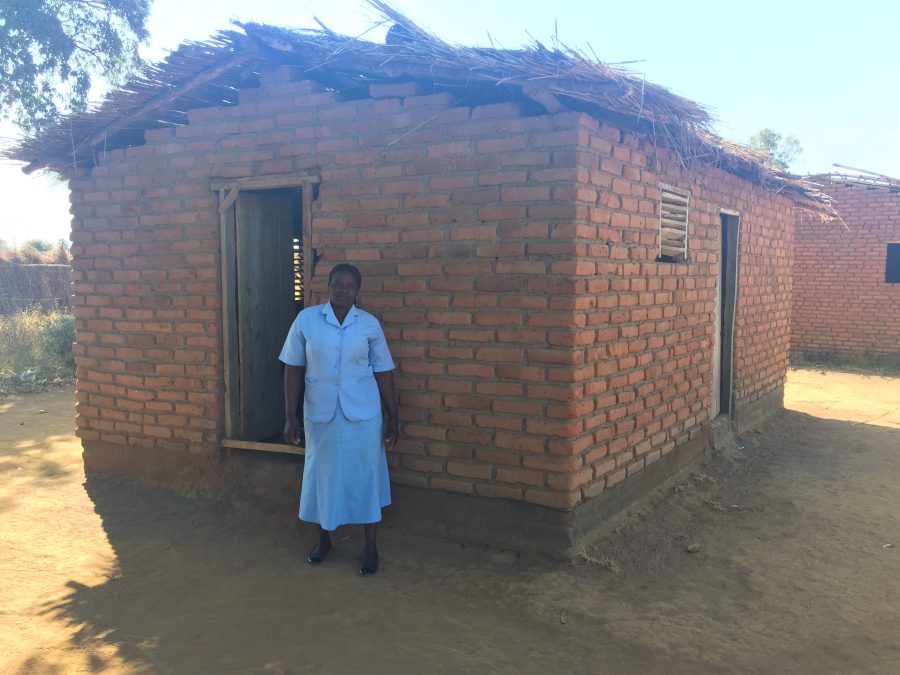 How did you get involved in this project with Lifebox?

I lived through the clinical experiences of not having a pulse oximeter to care for children, and to me it’s a very obvious gap in paediatric care in low-resource settings. There’s so much potential with having an oximeter that’s appropriate for low-resource settings, potentially enormous for the kids. I’d previously been involved with the Bill & Melinda Gates Foundation in helping them develop a target product profile for an oximeter in low-resource settings and I’d already worked with Lifebox’s oximeters in our initial study on the impact of pulse oximetry during a pneumoccoal conjugate vaccine effectiveness study.

We were conducting this vaccine research project, and it was very much linked into the routine care provided to children in Malawi, at multiple health system levels – community, peripheral facility, hospital. So when we looked around to see what oximeters were available to implement into the study for use by government sector healthcare providers, we really liked the Lifebox model – but not just the device, also the message. Lifebox is a nonprofit, and is implementation and end-user focused, and seemed like something we wanted to support.

In Malawi our project ended up using the Lifebox oximeter on more than 10,000 children, between 2012 and 2014. It was right after Lifebox formed, and we kind of used their machine ‘off label’ – because Lifebox is focused on surgery, on the operating theatre. But there’s such a need for oximetry outside of the theater.

What’s so special about the new probe design the team has just released?

This probe will be a big jump from what currently exists on the market in my opinion. It’s a simple design. And I think it’s intuitive. 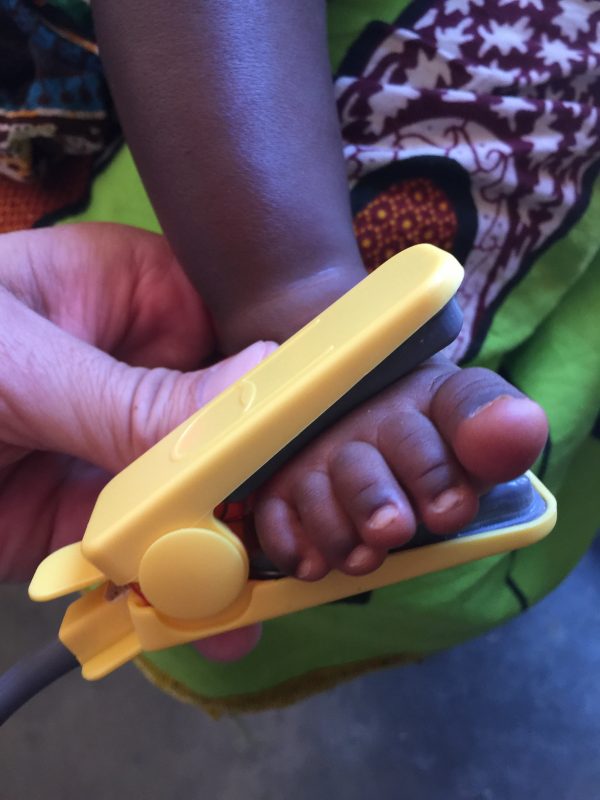 For a start, it fits on all children. Most of the market leaders have specialised probes – for neonates, children, adults – and in a low-resource setting where healthcare providers are overworked, the provider needs to quick and efficient equipment. Changing probes to treat a baby or a child takes time – it’s a barrier, essentially, and can also lead to equipment breaking.

Similarly, the new probe is designed to be used with one hand, while you’re juggling a lot of things. The cord is reversed – it comes out towards the user – so it doesn’t get in the way. And because the probe itself is a bit longer, designed to fit on the foot and big toe, it gives you more stability. Most probes are for fingers, but children are shaped differently at different ages – so this brings you flexibility – you can use the probe on different areas of the child, depending on the shape of the child.

And crucially it’s designed with very soft padding – that is, it’s comfortable for children, it doesn’t hurt like some of the available clips with hard shells that can pinch skin.

It was developed through a process of user-led design. What does that mean, and why is it important?

Most children who die from pneumonia never reach a healthcare facility – so it was crucial that this project developed in a way that would fit the needs of frontline health workers who these children are more likely to see first during an illness. Our focus groups targeted staff at peripheral facilities as well as hospitals, and we had open group discussions in Malawi and Bangladesh – countries in regions with the vast majority of paediatric pneumonia mortality, who could help us to move the design forward so that it worked for them as the ultimate user of the device.

After each testing round we took feedback from the end users, we’d make tweaks and return for another round of testing – four in total. The project leads didn’t attend the focus groups, to keep discussion free and unbiased. But in reading the focus group results it was clear that we had so many enthusiastic conversations that reinforced how much the providers want something like this. They get trained with pulse oximetry during their medical or nursing schooling, and then when they go out to the field, they have to work without a pulse oximeter. They recognise this gap.

We also went to visit one particular community health worker who we’d given a Lifebox pulse oximeter in late 2011 – and he was still using it! Six years later! He was maintaining it, keeping it clean, and was so excited to hear that we were developing something even better for children… 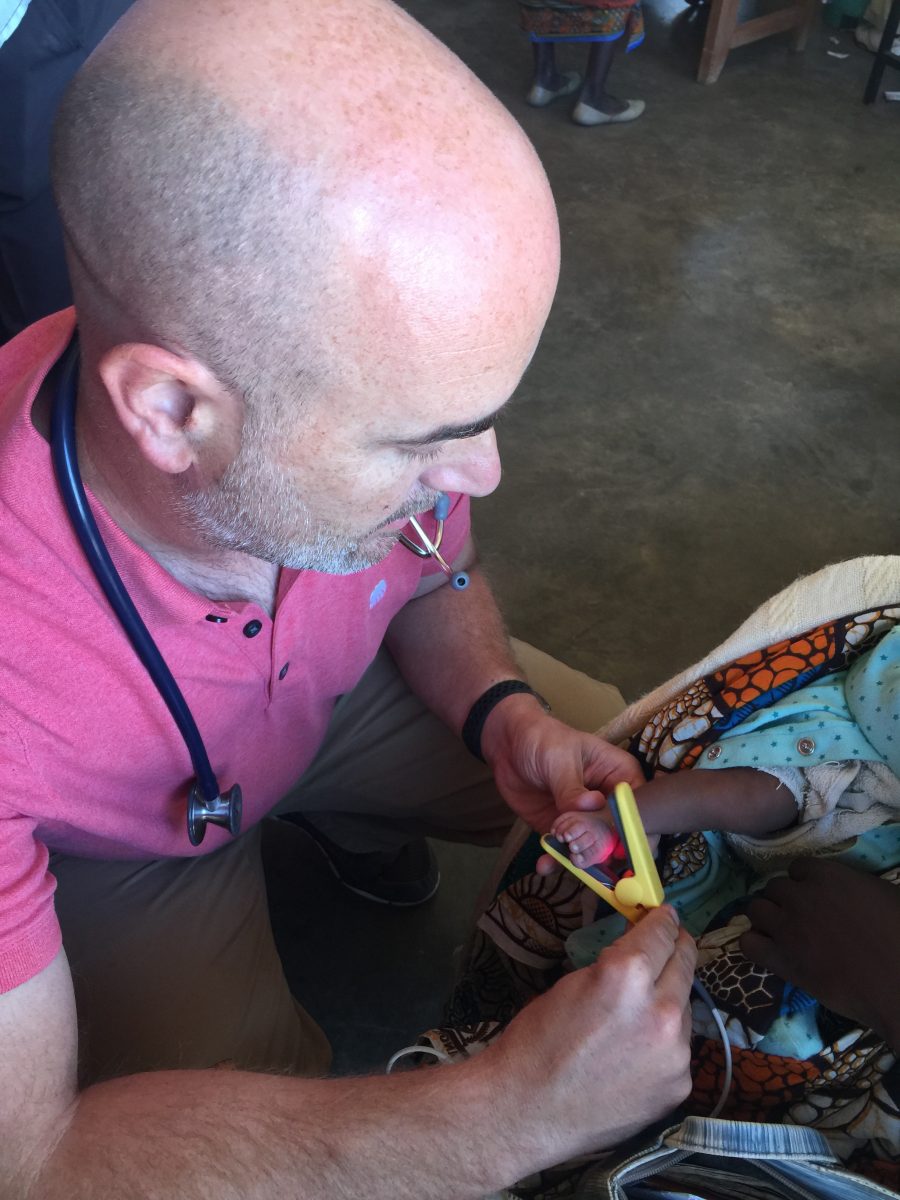 The medical device landscape is commercial and competitive, especially as companies explore opportunities in the ‘value market’. What did it mean to work with a nonprofit?

As a nonprofit, Lifebox has a little bit more freedom to try to advance the field, maybe push it along a little bit. The commercial products are the heavyweights and we need and want their products, but we want them to be appropriate for low-resource settings. And so at the end of the day, I know that Lifebox feels similarly – if ultimately the lasting legacy of this project is to have advanced the field so that all of these commercial heavyweights move into this area and provide even better devices, then that’s an amazing result of this project.

Particularly if the result of this development is a sustainably implemented device. Because at the moment, hospitals are more likely than community healthworkers to have a pulse oximeter, but they’re sharing devices between theaters, OBGYN, paediatrics. You could imagine in a world where each healthcare provider has their own pulse oximeter, just like a stethoscope or thermometer.

Even as a smaller group, I think that Lifebox has a strong influence because everyone knows that there’s no profit motive here. Lifebox is really trying to make something that is high quality and is going to be important for the kids in these challenging settings.

What difference do you hope this project will make?

There’s a saying in medicine that vital signs are vital, and they’re vital for a reason. Because they are life-saving. And quite simply, if the vast majority of kids are not having their oxygen measured, then they’re not getting appropriate care in my view.

The truth of it is that there are still a lot of mothers, fathers, carers who are scared of oxygen therapy. Because when a child is put on oxygen, they know that child is severely sick, and that they may die. Since the pulse oximeter is a relatively new device in a lot of areas, there is some anxiety behind it.

But we’re getting positive feedback from the healthcare workers – that parents prefer those healthcare providers who have an oximeter, and they want their child’s oxygen saturation measured. A lot of the signs that kids are sick are subtle, and it’s especially hard for healthcare providers who work under less supervision and might not have so much experience with children. A pulse oximeter can act as an objective backstop, to help improve the quality of care. So if this project brings us closer to pulse oximeters being a normal aspect of healthcare in low-resource settings, then that would be a very positive difference made by this project.

This project was developed with support through a grant from the Bill & Melinda Gates Foundation.It was led by Drs Iain Wilson and Isabeau Walker, in collaboration with Great Ormond Street Hospital for Children NHS Foundation Trust (GOSH) the Institute for Global Health (IGH) at University College London (UCL), Johns Hopkins University and local NGOs and government in Bangladesh and Malawi. End-user consultations were coordinated by NGO partners working with IGH and Johns Hopkins University.For more information, visit: www.lifebox.org/pneumonia.