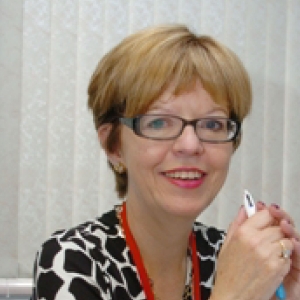 Pauline Philip, a nurse by background, currently serves as National Director for Emergency and Elective Care for NHS England and is an Honorary Dame Commander of the Order of the British Empire (DBE).

Pauline is one of the founders of Lifebox and as Director of Patient Safety at the World Health Organization (WHO) was instrumental in developing the WHO Surgical Safety Checklist – a 19 item communication tool that has been found to cut death rates nearly in half.

“I am enormously excited to take on the role of Interim Chair at Lifebox during this period of growth and scale. I look forward to working with Lifebox’s Global Governance Council and its global team to deliver on our commitments to improve the safety of surgery and anesthesia worldwide.”

Pauline takes on the role of Interim Chair as Dr. Atul Gawande steps down as Lifebox Chair after being confirmed as Assistant Administrator of the Bureau for Global Health, United States Agency for International Development (USAID).

“We are truly proud to welcome Pauline Philip as Lifebox Interim Chair. Pauline’s expertise and leadership will help ensure Lifebox achieves its ambitious plans. We also want to take this opportunity to express our gratitude to Dr. Atul Gawande for the ten years that he chaired Lifebox.”

Atul was clear in his praise for Pauline’s work describing it in his book The Checklist Manifesto, “Pauline Philip, the executive director of WHO Patient Safety, didn’t take no for an answer from me and proved extraordinary in carrying out work that has now extended across dozens of countries.” Pauline went on to co-found Lifebox and has served as its Vice Chair since. Pauline’s appointment comes during the first year of Lifebox’s ambitious new strategic plan that seeks to improve the safety of surgery and anesthesia at 400 facilities in 20 countries. The Lifebox Global Governance council brings together decades of clinical, research, and resource management experience to govern Lifebox’s global team and safer surgery vision. Read about the Lifebox Global Governance Council and its members here. Pauline Philip, DBE, is a nurse by background with an international track record in patient safety. Pauline was Director for Patient Safety at the World Health Organization (WHO) where she led the WHO’s efforts to develop global guidelines on hand hygiene and surgical safety, including the development of the WHO Surgical Safety Checklist as part of its ‘Safe Surgery Saves Lives’ program. Pauline currently serves as National Director for Emergency and Elective Care for NHS England, where she has been in post since 2015. Prior to this she was Chief Executive of Luton and Dunstable University Hospital Foundation Trust in the United Kingdom. Pauline previously served as Vice-Chair of Lifebox’s Global Governance Council and was made an Honorary Dame Commander of the Order of the British Empire (DBE) in the 2017 Special Honours list.