Monday morning we were happy to see our our old friend Dr Rebecca Jacob, newest president of the Indian Association of Pediatric Anesthesiologists, heading across the red carpet.  She brought along the WFSA paediatric committee to say hi (and give a high-drama demonstration of the oximeter!).

They reminded us about how important it is to have a neonatal probe for sats monitoring of the smallest patients, and they’re right – so we’re reminding you in turn that Lifebox offers a neonatal wrap probe for just US$25 (no shipping fee, when you buy at the same time as the oximeter). 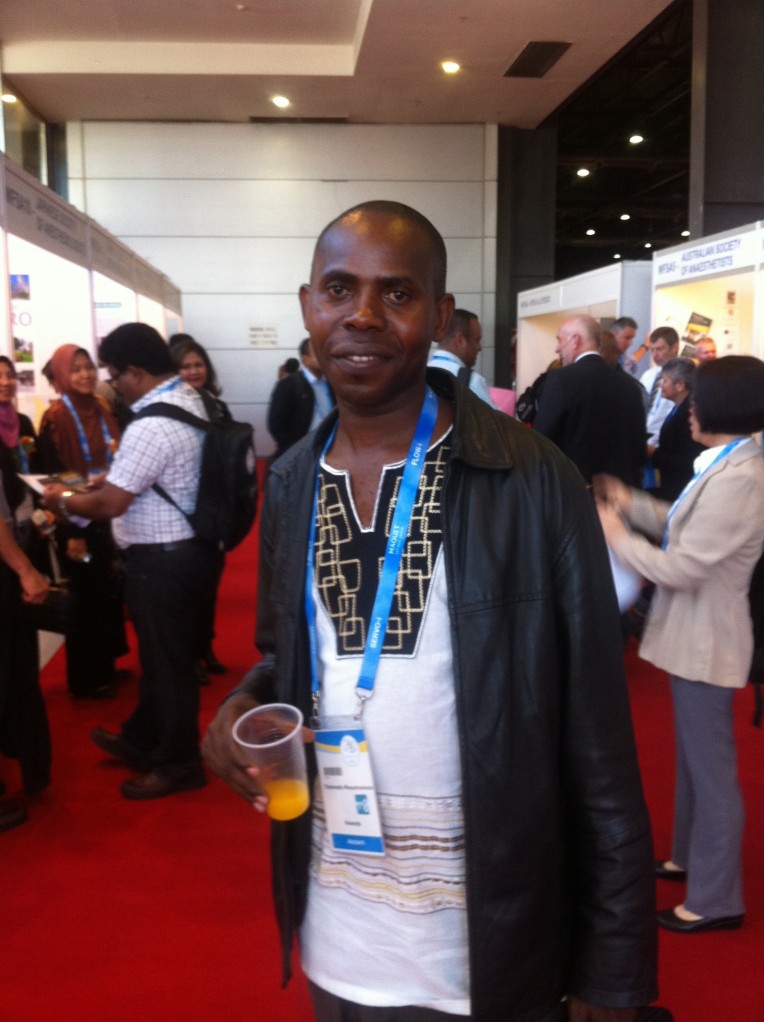 “In my first year, when I was a resident, I had a case – a small child – and the tube became disconnected,” he told us, weighing the Lifebox oximeter in his hand.  “You will find out, but later…too late.  When the brain is deprived of oxygen for three minutes – it’s a catastrophe.  It’s death.”

Dr Theoneste is working with our colleagues at Harvard and the Canadian Anesthesiologists’ Society on a long-term project to deliver oximeters and WHO Surgical Safety Checklist training across the country.  It’s a vital, multi-partner undertaking that we’re thrilled to be a part of, and we’ll keep you updated as the year progresses. 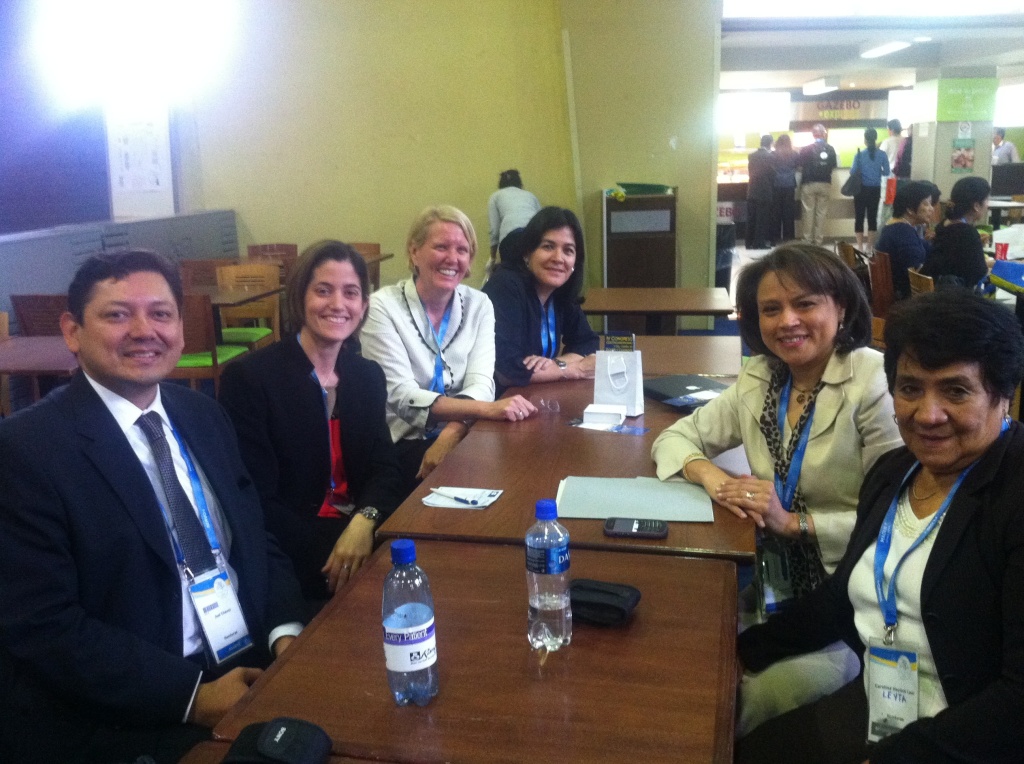 Doctors – no strangers to cafeteria planning

Another project we’re excited to tell you about has been brewing cross-continent since the American Society of Anaesthesiologists conference in Chicago last year.  When the Department of Anesthesiology at the University of Florida presented a (giant!) cheque for $33,700 for Lifebox, we took a gameshow-style photo and then got down to business.

Dr Kayser Enneking, head of the U of F department and Dr Carolina Haylock-Loor, president of the Sociedad Hondurea de Anestesiologia, Reanimacion y Dolor (SHARD) met at the WCA this week for the first time.  In an English and Spanish medley, we put plans in motion for a training workshop later this year.

Another project we’re excited to tell you about – and another – will have to wait until after lunch.